Conference Series Ltd invites all the participants across the globe to attend 10th International Conference on Neuroscience and Neurochemistry Amsterdam, Netherlands.

Keynote: Interaction of microRNA on HDAC5 expression in Neural Remodeling and Amphetamineinduced Sensitization Background & Aim: Histone deacetylase (HDAC) activities modify chromatin structure and play a role in learning and memory during developmental processes. Studies of adult mice suggest HDACs are involved in neural network remodeling in brain repair, but its function in drug addiction is less understood. We aimed to examine in vivo HDAC5 expression in a preclinical model of amphetamine-induced sensitization (AIS) of behavior. We generated specific contrast agents to measure HDAC5 levels by in vivo molecular contrast-enhanced (MCE) magnetic resonance imaging (MRI) in amphetamine-naïve mice as well as in mice with AIS. To validate the MRI results, we used ex vivo methods including in situ hybridization, RT-PCR, immunohistochemistry and transmission electron microscopy.

Methods: We compared the expression of HDAC5 mRNA in an acute exposure paradigm (A1) and in a chronic-abstinence-challenge paradigm (A7WA). Control groups for each of these exposure paradigms were given saline. To delineate how HDAC5 expression was related to AIS, we compared the expression of HDAC5 mRNA at sequences where miR-2861 is known to bind (miD2861). We synthesized and labeled phosphorothioated oligonucleic acids (sODN) of hdac5AS2 or miD2861 linked to SPION (superparamagnetic iron oxide nanoparticles), and generated HDAC5-specific contrast agents (30+20 nm, diameter) for MCE MRI; the same sequences were used for primers for TaqMan® analysis (RT-qPCR) in ex vivo validation. In addition, we used subtraction R2* maps to identify regional HDAC5 expression.

Summary & Conclusion: The precise delivery of miD2861 may serve as a vehicle for monitoring network remodeling with target specificity and signal sensitivity after drug exposure that identifies brain repair processes in adult animals.

Ni Hong is a Medicine Doctor, completed his PhD in Medicine. Currently, he is the Director in Department of Neurology at Children’s Hospital of Soochow University and member of the Chinese Society of Microcirculation Council. His research focuses on “The children neurological rehabilitation, cerebral palsy and epilepsy”.

Keynote: Validation of the aquaporin role as a novel drug targets in therapeutic mannitol action and resistance in cerebral oedema and stroke 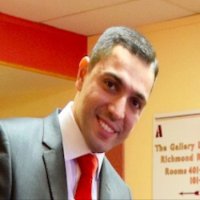 Mootaz Salman is a pharmacist and researcher PhD student at the Biomolecular Sciences Research Centre (BMRC) at Sheffield Hallam University, working with Prof. Nicola Woodroofe and Dr. Matthew Conner’s research group and a member of the multi-institute Aquaporin research collaboration. His research interest focus on the identification of new drug targets for brain oedema and epilepsy through his work on the special water channels called “Aquaporins”. Mootaz graduated with Outstanding Distinction in his MSc winning the Sheffield Hallam University prize for the most scientific contribution and ranked 1st in year. His PhD research requires the skilled use of numerous techniques ranging from standard biochemical and molecular biology to cutting edge micro-array and laser confocal microscopy. Mootaz is an international ambassador at Sheffield Hallam University, ambassador for British Society of Experimental Biology (SEB); and STEM ambassador since 2014. He has given four invited oral presentations and talks at major international conferences in Canada, Netherlands, Romania and Japan along with three talks at a national level. He is also an active member in a number of scientific societies nationally and internationally including USA, Canada and Japan. He has been selected to be an abstract reviewer at two major international conferences; Brain 2015 in Canada and also for the upcoming Brain 2017 in Berlin, along with being an abstract reviewer and a member of poster judgement panel during the North of England Postgraduate Conference (NEPG) which is the UK's largest annual postgraduate conference for medical biosciences. Mootaz has successfully participated in organising a number of national and international high profile conferences and also he has been selected to chair scientific sessions at two national events

In humans there are 13 established members of the aquaporin (AQP) membrane protein water channels (AQP0-12) with a further two possible members recently discovered (AQP 13 & 14). AQPs are distributed throughout a wide range of tissues and involved in many physiologies; they have been shown to play a role in diverse disorders and pathologies1. Consequently, AQPs have been highlighted as key drug targets2. AQPs mediate water influx during cerebral oedema following ischemia as a result of traumatic brain injury or stroke. A number of AQPs have been shown to be expressed in the brain with AQP1 and 4 the most abundant. This project aimed to identify and study the molecular tools that could manipulate the translocation of brain AQPs as promising drug targets and also understanding the mechanisms of action/resistance for mannitol; which is considered to be a mainstay and gold standard to treat brain edema in order improve its therapeutic effectiveness.

Microarray on primary rat astrocytes has been used to investigate the possible mechanisms involved in the process of oedema under hypoxic and/or normoxic conditions. qRT-PCR was used to confirm the transcriptional capacity of the genes of interest from the microarray data. Potential key proteins within suggested mechanistic pathways  were  identified   through  analysis   using  the Database for Annotation, Visualization and Integrated Discovery (DAVID).